Therapeutic Touch, or TT, is a noninvasive method of healing that came from an ancient technique that involves laying-on of hands in order to re-balance the patient’s energy field. This is done through an energy transfer that moves from the hands of the practitioner to the patient.

The major effects of TT are relaxation, pain reduction, accelerated healing, and alleviation of psychosomatic symptoms. TT is reported to have a positive effect on the immune system and thus accelerates the healing of wounds.

Therapeutic Touch was developed in 1972 by Dora Kunz, a healer, and Dolores Krieger, Ph.D., R.N, a nurse and professor of nursing at New York University. The year before, in 1971, when Krieger was working as a registered nurse in a hospital, she became very frustrated when one of her patients, a 30-year-old female, lay dying from a gallbladder condition. In desperation, she tried what she was learning from Kunz. Within one treatment, the patient’s condition began to improved and she lived, surprising the other hospital staff. Krieger and Kunz met during the study of Oskar Estebany, a world—renowned healer. During her research of ancient healing methods, Krieger concluded that the energy transfer between the healer and the healee that takes place in a TT session is prana, an Eastern Indian concept representing energy, vitality, and vigor. Krieger then combined her research with Kunz’s techniques to create TT.

The TT session generally lasts about 30-40 minutes. Although the name is therapeutic touch, there is generally no touching of the physical body, only the energetic body or field. It is usually performed on fully clothed patients who are either lying down on a flat surface or sitting up in a chair. Therapeutic Touch treats the whole person: relaxes the mind, heals the body, and soothes the spirit. The principle behind it is that it does not stop at the skin. The human body extends an energy field, or aura, several inches to several feet from the body. When illness occurs, it creates a disturbance or blockage in the vital energy field. The TT practitioner uses the hands to assess the patient’s energy field, to release areas where the free flow of energy is blocked, and to balance the patient’s energy, by transferring energy from a universal life energy force to the patient. In a series of gentle strokes, the healer removes the disturbance and re-balances the energy to restore health. 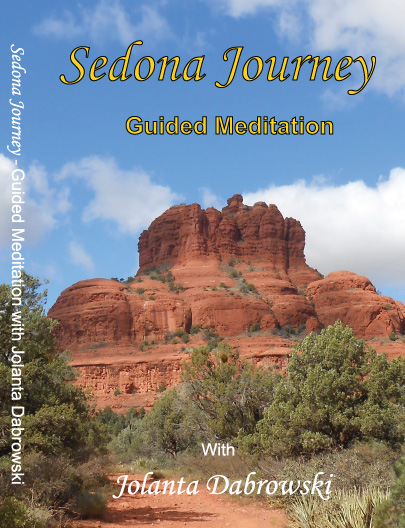 With so many transitions happening in my life, I felt like I had too many thoughts, ideas and emotions in my head that I had no clarity or peace to reason with … END_OF_DOCUMENT_TOKEN_TO_BE_REPLACED

I would recommend Jolanta for Therapeutic Touch. When I finished the session, I feel so grounded and light as a feather. When it comes to Hypnosis, Jolanta’s … END_OF_DOCUMENT_TOKEN_TO_BE_REPLACED

Jolanta treated me for pain and swelling in my legs with Therapeutic Touch. During each session I felt tingling in my legs and things started moving which helpe… END_OF_DOCUMENT_TOKEN_TO_BE_REPLACED

It was surprising that in a crowded room with many people talking, that once I lay down on the table and was covered by the blanket, I could totally relax as I … END_OF_DOCUMENT_TOKEN_TO_BE_REPLACED

About Relax and Refocus – Journey into Your Inner Wisdom workshop:
What a great evening. Jolanta you are a gifted facilitator. Looking forward to more sessions.… END_OF_DOCUMENT_TOKEN_TO_BE_REPLACED

I had several Therapeutic Touch therapy sessions after my surgery to repair my Achilles. With this help, my recuperation time was reduced by three weeks. The do… END_OF_DOCUMENT_TOKEN_TO_BE_REPLACED

Jolanta Dabrowski treats her clients with respect and utmost care. Jolanta treated me using hypnosis and Reiki on two occasions, and I highly recommend her serv… END_OF_DOCUMENT_TOKEN_TO_BE_REPLACED

About Relax and Refocus – Journey into Your Inner Wisdom workshop:
This helped me so much to learn how to meditate. i will be repeating it because i missed one … END_OF_DOCUMENT_TOKEN_TO_BE_REPLACED

About Connect with Mother Nature guided meditation:
First I must say “Thank You Jolanta!” This morning was amazing, a gift, and I am so glad I showed up and was… END_OF_DOCUMENT_TOKEN_TO_BE_REPLACED

I have always had a fear of large crowds and being in tight quarters. After several sessions of hypnosis, I am able to stay calmer and stay cool while being in … END_OF_DOCUMENT_TOKEN_TO_BE_REPLACED